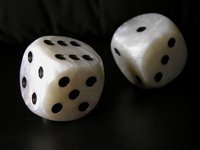 It’s been a pretty huge year for sports. With Germany’s record-breaking win at the World Cup and the Winter Olympics in Sochi, keen spectators have been placing bets left, right and centre.

There’s no doubt about it – sports betting has been on the up in recent years, with online betting taking a particularly high percentage of this. In 2003, for example, $23.9 billion was wagered online – but 10 years later, $74.3 billion was wagered worldwide. This is largely down to the advent of smartphones and tablets increasing our access to the internet, making a bet quicker and easier than ever.

With constantly updated odds, the temptation to bet with our mobiles is ever increasing – but for the first time bettors out there, how can we guarantee that we will not be throwing our money away?

Sports arbitrage betting, or ‘arbing’, as it’s colloquially known, is one sure fire way of making a profit on bets, albeit a small one. The practice involves placing a stake on two different outcomes with two different bookmakers.

It’s best to place an ‘arb’ on something with a black and white outcome – for example, the winners of an upcoming football match. While one bookmaker may favour a certain outcome, its competitor may have cause to favour the alternative.

Take for example the upcoming Manchester United versus Southampton match on 8th December. While Betsafe may be more inclined to have shorter odds on Southampton, currently at second place in the Premier League, a competitor may perhaps fancy Manchester United to walk away with three points in a bid to bolster their flailing reputation.

The savvy bettor, then, would place a bet (usually a high amount) with both bookmakers on both teams, making the most of the odds on each one. Whatever the outcome of the game, (unless it is a draw, in which case the even savvier bettor would go to a third bookmaker for odds) the player is likely to make a profit.

Of course, it’s a practice that is generally frowned upon by the bookmaker community. However, with increasingly advanced technology, the likelihood of ‘arbers’ being tracked is becoming smaller and smaller.

Arbitrage betting is by no means illegal, and if you’re looking to make a small profit, it can be a very fun and challenging way of playing the odds. Keep an eye on your favourite teams, analyse their performance and ensure you monitor all the bookmakers’ odds by using comparison websites – you could just be in for a good fortune.

2 thoughts on “What exactly is arbing?”

This site uses Akismet to reduce spam. Learn how your comment data is processed.